Is The Resurrection of Jesus Real? 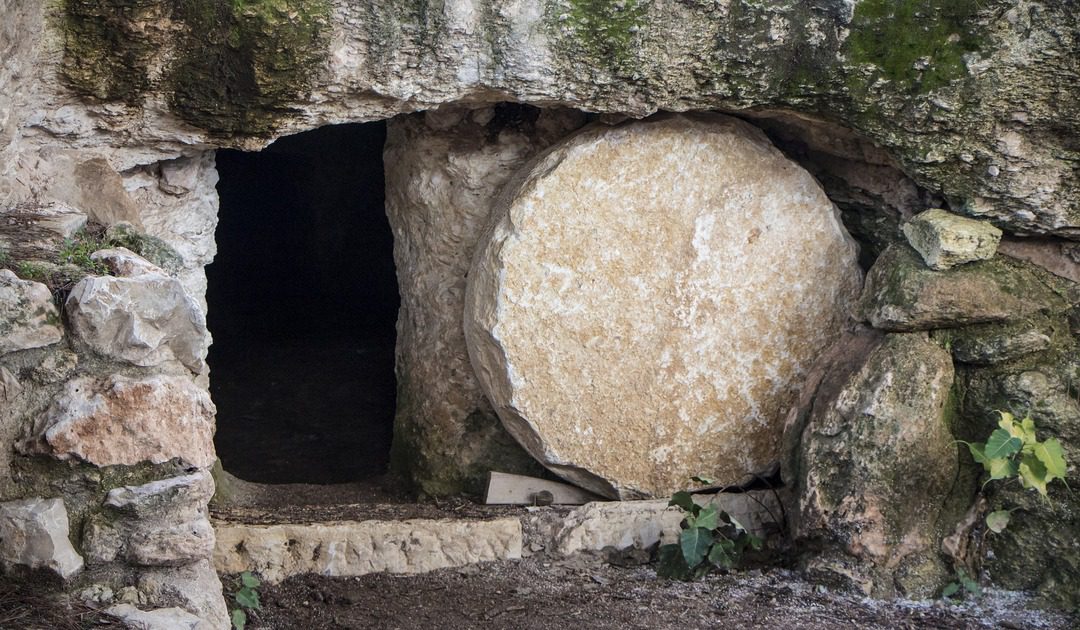 There are many who do not believe that a man could rise from the dead and then go and ascend to heaven.  Some even say that Jesus was never dead and woke up while in the tomb.  He somehow moved the bolder in front of the opening or his disciples did it in order to deceive all into thinking that Jesus rose from the dead.  There was a time in my own life where I questioned things.  I wondered why should anyone believe.  How do we know that these things are true?

There are several historical resources that record the claims of the Apostles and others that Jesus rose from the dead. They do not prove it, but we know that there was a claim of Jesus’ resurrection.  Furthermore, the body was not recovered.  The critics and opponents, i.e., the religious leaders of that time, could have easily disputed those claims by producing the body.  Instead, they seemed to try to cover what really happened.  For example, they paid the guards that watched Jesus’ tomb to lie about what happened.  The Roman historian Tacitus mentions Jesus and how he was crucified by Pontius Pilate.  Unfortunately, most of Tacitus’ writings have not survived.  The Jewish historian, Josephus, also wrote about Jesus Christ. More precisely, none of these actually wrote about Jesus fully, but rather mentioned Jesus in their writings.  Of course, you have the bible itself that provides much evidence to the resurrection of Jesus Christ.  Can we believe the bible?  I asked myself that same question many years ago.  The answer is yes.  When reading the bible in context, we can definitely believe what it says.  The claims of the bible have not been disproved, though there remain many points of contention.  However, after studying the history of the bible, I became convinced that God intended its survival and therefore provided revelation in it for us.  I became convinced that the bible is indeed the word of God

With that said, I found that Jesus really did exist, he taught the people, he was crucified, and he rose from the dead. It seems incredible that a human would be risen from the dead.  However, that happens even to this day.  Just because something is incredible doesn’t mean that it didn’t happen. After all, we are referring to something that God did.  Is anything impossible to God?  He created the universe and all that is within it, so it seems silly for me to believe that he couldn’t raise a person from the dead just because that is farfetched so to speak.

Furthermore, why would anyone fabricate a situation and allow themselves to suffer for it and even die for it?  If the disciples were lying about Jesus’ resurrection, then it seems rather farfetched that they would allow themselves to be persecuted and some even killed.  It seems even more unlikely that the masses of people, even Jews, that did believe would allow themselves to be persecuted and killed because of a lie.  I believe that they really believed what they said, namely that Jesus was raised from the dead proving that he was the son of God (Romans 1:4).  Given all the evidence that we do have about the situation and not disregarding the claims just because those claims are fantastic, it is more probable that Jesus really did rise from the dead and if he rose from the dead, then we must consider the other claims of Jesus.  So the resurrection of Jesus is a very probable event in human history.  Of course, I believe it really happened not because of religious dogma, but because of my own investigations into the matter.

If Jesus was a real person in human history and he really rose from the dead, then we should consider his other claims as I said previously.  What if he really is the son of God? What if he really came to die for our sins?  What if without him we are all headed for destruction? What if we only have to believe in him, i.e., believe that he died for our sins and rose from the dead, and we will be saved and enter into an eternal relationship with the Father, the creator of all that exists, the God of Abraham, Isaac, and Jacob?  If the bible is really a reliable document, then we have much to think about because it reveals a lot about Yahweh (we say God) and Jesus of Nazareth.  If the bible is a reliable document then we have a lot of information.  As I said previously, I have found the bible to be a very reliable document if we read it in context, understand the various translations and learn how to dig down to the most probable text (we lose some things due to translations and the plethora of versions).  This is the topic of another article however.  Suffice it for me to say, that the bible has stood the test of time.  Even when it was targeted for annihilation, it could not be destroyed.

I thank God for the fact that Jesus not only died for me, but he also rose from the dead so that I too might have life.  I can overcome all obstacles and challenges before me because Jesus Christ has enabled me to be with God and God with me.  The power that raised Jesus from the dead is in all those who call themselves sons of God (that phrase also includes women).  I am very thankful that God’s love extends to me, someone who is excessively hard on himself and constantly struggles to feel worthy of anything.  However, with God no one is worthy.  We have all sinned and come short of the glory of God (Romans 3:23) and we have been saved by grace not by works (See Ephesians 2:8-9).

Without the resurrection of Jesus, the Messiah, Christianity would simply be another religion like Islam, Catholicism, Hinduism, Buddhism, etc.  All religions are based on what you must do.  However, the true Christianity that is revealed to us in the bible is not about what we must do, but rather on what God did for us through Jesus Christ.  Christianity is about what Christ did, which was to die for us paying the penalty for all our sins so that we wouldn’t have to.  In the process, we take upon his righteousness and can therefore stand before God the Father as if we never sinned.  We can enter into right relations with God because of what Jesus Christ did, not what we did.  It’s not about us, but rather about Christ.

So, let us remember that on a Sunday morning about 2000 years ago, Jesus the Christ rose from the dead by the power of God thus defeating and overcoming death. That makes it possible for us to have hope in the salvation that Yahweh promised us.